It is the PMP Research Foundation’s goal to be a resource to everyone who visits our site. We’ve created a list of questions commonly asked by those diagnosed with Pseudomyxoma Peritonei (PMP), Appendix Cancer and related Peritoneal Surface Malignancies (PSM), and their caregivers. If you don’t find an answer to your question here, feel free to email us at info@pmpcure.org.
Click here to view/print the PMP Research Foundation Brochure.

For a glossary of commonly used terms in discussing PMP, please view our PMP Glossary.

The following is provided for informational purposes only. It is not medical advice. Your diagnosis, medical questions, and treatment plan are issues to be handled directly with your doctor.

What is PMP?
PMP is an abbreviation for Pseudomyxoma Peritonei. Pseudomyxoma Peritonei is a rare condition characterized by the presence of mucin-producing tumors (and the mucin) in the abdominal cavity. There are a number of possible origins of PMP, but by far the most common source is appendiceal (appendix) cancer. Classifications of PMP vary based upon several factors including the malignancy of the tumors and the slow or aggressive growth pattern of the tumors and mucin, among other factors. The widely accepted general spectrum of classifications of PMP:

PMP is also sometimes referred to as a “Peritoneal Surface Malignancy” (PSM).

How common is PMP?
Estimates vary, but all tend to be within the range of “extremely rare.” PMP was once thought to be diagnosed in about 1000 people world-wide each year; in other words, the lifetime odds of being diagnosed with PMP are about 1 in 1 million. However, specialists now believe it is more common than was once thought, closer to 1 person diagnosed per 500,000 people per year – possibly due to prior misdiagnosis or misclassification.  Recent research indicates that the incidence may be as high as 10 per million per year.

PMP is listed among the rare or “orphan” diseases acknowledged by the National Association of Rare Disorders (NORD). An orphan disease is generally considered to have a prevalence of fewer than 200,000 affected individuals in the United States.

Orphan diseases such as PMP have such a low prevalence in the general population that a doctor in a busy general practice is unlikely to see more than one case a year (if any). It also means that most pathologists see the disease infrequently and may misinterpret cell pathology, resulting in an incorrect diagnosis. Patients would benefit from improved awareness and diagnostic methods in the medical community through earlier detection and treatment of PMP.

What causes PMP?
There are a number of theories about the origins of PMP, but there is no known underlying cause. It is generally accepted that appendix cancer is the most common source of the tumors that cause PMP. Cells from a mucinous tumor in the appendix leak into the abdominal cavity and implant on the peritoneum or other abdominal organs. These tumors replicate and produce a mucinous byproduct that spreads throughout the abdomen.

Specialists and researchers have cited the ovary, stomach, colon, pancreas and other abdominal organs as other potential sites of origin.

Who typically is diagnosed with PMP?
PMP affects men and women almost equally. The age at diagnosis ranges from late teens to late in life, with most individuals diagnosed in their 40’s and 50’s.
It is generally thought that there is no genetic (familial) link to PMP.
Risk factors that might predispose an individual to develop PMP are unknown.

What are the common symptoms?
Many patients lack clearly defined symptoms until the disease has reached a relatively advanced stage. The following are some of the commonly reported symptoms:

How is PMP diagnosed?
For many patients, PMP is discovered during an unrelated surgical procedure at which time the surgeon observes the mucinous tumors or “studding” on the peritoneum or abdominal organs. The following diagnostic tests are also commonly used in diagnosing PMP:

What is the treatment for PMP?
The “standard of care” for the treatment of PMP by PMP specialists is generally a combination therapy that consists of specialized cytroreductive surgery (CRS) to attempt to remove all of the tumors and affected tissues, followed by localized application of heated intraperitoneal chemotherapy (HIPEC).

For many patients this therapy is conducted to increase longevity or to relieve some of the symptoms that affect their quality of life. For other patients this combined therapy carries good odds for long-term survival, with the possibility of completely eliminating the disease.

Cytoreductive surgery seeks to remove all visible tumors by removing the peritoneum and all organs affected by the tumor. Surgery is typically quite extensive and requires a very experienced specialist. After surgery is completed, the abdominal cavity is washed with HIPEC to remove non-visible or microscopic tumor cells.

What does the Cytoreductive Surgery + HIPEC procedure entail?
Cytoreductive surgery (CRS) for PMP is a fairly significant procedure that is designed to remove all visible tumors as well as affected tissues and even entire organs. Commonly, the appendix, spleen, gall bladder, female reproductive organs, and omentum are removed. In addition, parts of the small or large intestine may be “resected” (affected pieces removed and the remaining organ stitched or cauterized back together).

Depending on the degree of invasiveness of the tumors around the small and /or large bowels, a colostomy or ileostomy may be necessary as a result of the surgery. The ostomy may be temporary or permanent, depending on individual circumstances.

The CRS surgery can last anywhere from 6-15+ hours. Surgery is then immediately followed by the perfusion of heated intraperitoneal chemotherapy (HIPEC). A chemotherapy drug called Mitomycin-C is typically used to kill cancer cells that are not visible to the human eye. HIPEC may add another 90-120 minutes to the surgical procedure.

Some specialists, though not all, continue intra-abdominal chemotherapy for a period of 3-5 days post-surgery. CRS+HIPEC is a major procedure with a fairly extensive recovery time. Even without complications, the hospital stay can typically last from 10 to 21 days.

Some patients return to work within eight weeks or so following surgery, but others require several months to reach a point of “normalcy”.

Full physical recovery can take 6 to 12 months depending upon a patient’s age and general physical condition.

For more information about the CRS/HIPEC surgery, please visit Sugarbaker Oncology Associates. Dr. Paul Sugarbaker pioneered the CRS/HIPEC procedure, is one of the leading PMP specialists, has conducted hundreds of these surgeries and has published extensively about them.  Please also visit the websites of the following centers that offer this treatment and offer detailed descriptions of the procedure: Mercy Medical Center, Wake Forest Baptist Health, University of Pittsburgh Medical Center, and UC San Diego Moores Cancer Center.

Can’t any good physician / surgeon treat PMP?
It is highly recommend that PMP patients seek out a specialist who deals with PMP on a regular basis. The surgical oncologists on the PMP Research Foundation’s Professional Advisory Board are all considered to be specialists with extensive experience treating PMP.  When searching for a specialist to treat PMP, patients should be aware that research studies have concluded that centers offering the CRS/HIPEC procedure reach the peak of the learning curve only after the center has completed 130, 140, 180, or even over 200 of these procedures.  For more information on how to find and select a PMP specialist, please visit our Selecting your Specialist page.

What questions should I ask when I meet with a PMP Specialist?
We have prepared a list of questions you may want to ask the physicians with whom you consult. It is highly recommended that PMP patients seek out a surgeon with extensive experience in treating PMP. Please view Questions for Specialists.

Is PMP curable?
For most patients PMP is considered treatable, but not curable. There are, however, a growing number of individuals—primarily those whose disease was detected early and with favorable pathology—who have undergone cytoreductive surgery and HIPEC and experienced years of disease-free survival.

What are the survival statistics?
Prognosis depends heavily on the type of PMP diagnosed, the stage at which the PMP was diagnosed, the degree of cytoreduction achieved during surgery, the general health of the patient, and more.
The cells of DPAM generally look the same, whereas the cells of PMCA are less homogenous in nature and could be more malignant depending on how different these cells are from normal cells. Hence the survival rate and prognosis for DPAM is higher than that for PMCA. Those with intermediate features (PMCA-I) are placed in between DPAM and PMCA in terms of survival and prognosis.
According to Dr. Paul Sugarbaker, a pioneer of the CRS/HIPEC procedure, 70% of individuals with low malignant, slow-growing (aka “low grade”) cancer cells (DPAM) who have had optimal debulking surgery may be expected to live for 20+ years following treatment.

Please note that statistics are not representative of any one individual’s experience. It is best to discuss your particular prognosis with your PMP/PSM specialist.

How is Pseudomyxoma Peritonei pronounced?

What can I do to help find a cure for PMP?
Our mission is to fund research to prolong the length and quality of life for every person diagnosed with PMP now and in the future.

Please help us with our mission by generously donating. We want those diagnosed with PMP in 5 years to have greater hope than many of us living with PMP today. 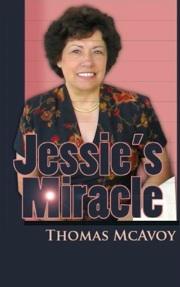